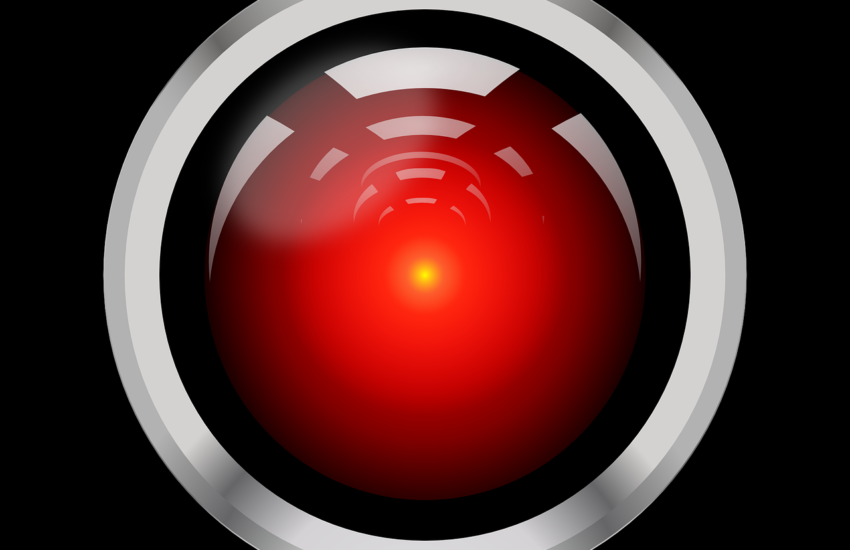 Do you remember the computer that rebelled against humanity when it sent its spaceship Discovery One towards Jupiter to investigate the source of a strange signal related to the Monolith? I’m writing, of course, about the HAL 9000 computer from the film 2001: A Space Odyssey, directed by Stanley Kubrick, where the main character David Bowman, as the sole survivor of the ship’s crew, must defeat the rebellious machine-manager.

How did this happen?

Invented a few years earlier, a supercomputer – we could say a super manager based on artificial intelligence – was installed in the ship Discovery One as a mission controller and was supposed to watch over the course of the mission. His character resembles the role of the team’s manager all the more, since he was the only one who also knew the true purpose of the expedition. Despite his unassuming appearance resembling a big red light bulb, he was equipped with awareness and contextual understanding, which meant that he communicated with people as an equal.

However, when the in-flight crew proved him wrong, he rebelled against them, killing all crew members except the captain, David Bowman. This one has to fight an unequal battle with the robot manager who influences everything. The drama of this situation is depicted in a short scene from the film:

In the final part of the film, HAL 9000 is clearly frightened and aware of the end of his story. “Dave, will you stop?” “My mind is going. I can feel it.” He is no longer in control of the ship and the last member of his team, who has decided to win this deadly game against the robot who is his boss.

What does this plot from the movie 2001: A Space Odyssey teach us?

It is clear to me that when we build a robot manager, however resembling a human manager, the question will arise about the power of this manager’s influence on people’s lives. Can such a boss be infallible in the sense of a boss who is human? Can we trust him – his experience, values and expertise? How will we behave in extreme situations – will we behave like David Bowman, or will we succumb to the power or charm of artificial intelligence?

David Bowman won this battle by gradually turning off the functions of the manager of the robot that was HAL 9000. But in reality, will there be any daredevil who will turn off his team or project manager?

These are difficult questions that we don’t seem to have ready answers to yet. I myself conducted a study with students in 2021 that showed how they behave when a robot manager gives them instructions and distributes tasks. I will describe their reaction and the way they work in a separate post on this blog, but the study showed that there are many questions ahead of us for which there are no clear answers today….